The power of data in flight test engineering (Lilium) 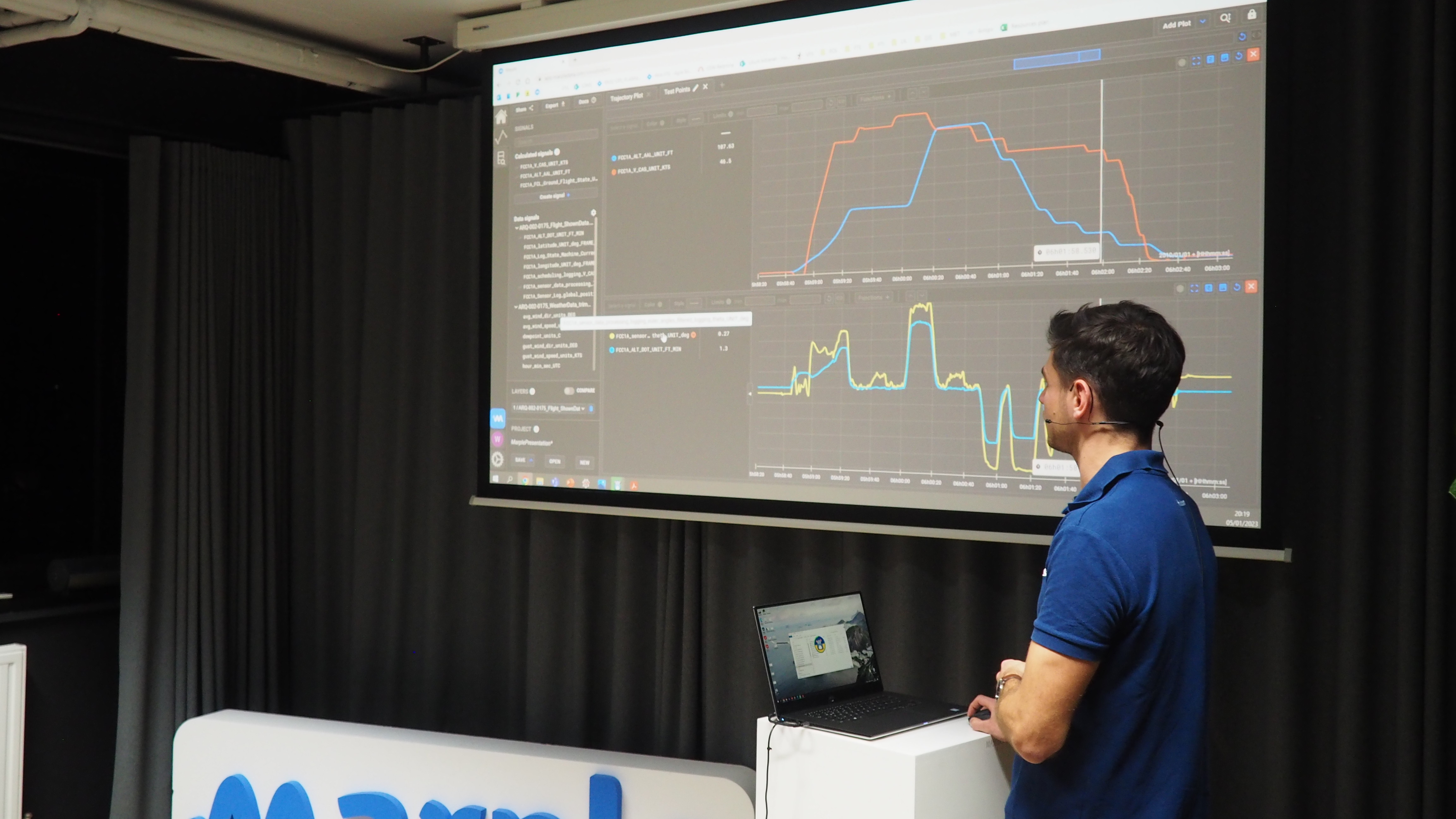 Last Thursday, we were thrilled to host Wouter Plaetinck, flight test engineer at Lilium, who talked about the ongoing projects happening at Lilium and how they integrated Marple as an essential tool in their flight test department.

Lilium is a leading company in the development of an electric aircraft. They are currently developing a vertical take-off and landing jet that can take onboard passengers. Currently, they are testing with Phoenix, a jet that is pilotted from the ground. For this, they perform many test flights at their facility in Spain. Lilium has been quickly growing in the past years; four years ago, they were a company with 100 employees, but now it has become a company where more than 800 people work. As a result, their test capabilities have also grown. Wouter explains:

“When I started, we were only able to conduct one flight test a week. We now improved to perform six tests a week and our next aim would be to perform more than one test a day”.  - Wouter Plaetinck

You can imagine that each flight test generates quite a lot of data! Let’s dive deeper into all those data points.

Each test flight results in a collection of data points collected by all the sensors present on Phoenix. For example, analog sensors collect data about vibrations, temperature or load of the jet. Additionally, they also have air pressure sensors which collect data about airspeed and vanes which collect information about angle of attack and sideslip. Overall, a single test flight results in more than 10,000 parameters being recorded, which generates 0.5 GB of data per minute. All of this data is then added to a test database which contains approximately 15 TB. This is a huge amount of data; to give you an idea, 15 TB is equivalent to 3.75 million pictures taken with an iPhone 12. With this amount of data, system engineers and flight test engineers then request subsamples to conduct their analysis.

This is where Marple comes into play. Wouter showed a direct use case of Marple with data collected from a flight test. For example, he used Marple to find the wind speed at take-off and landing by superposing multiple datasets. He finally concluded the presentation by emphasising the importance of Marple in post-flight analysis because it “enables users to easily drag and drop files to do cross-time analysis, it requires no coding and makes the whole work process easier”. He acknowledged that the use of more traditional tools such as IADS was important for their real-time analysis during the flight, but that Marple was an essential tool in their daily post-flight work.Thank you to Wouter for coming over and showing us how Marple is invaluable for the Lilium Flight Test Team !